walto
I've published articles in the areas of epistemology, metaphysics, value theory, democracy, public policy, psychology of religion, and aesthetics (in such journals as JP, PPR, and Perspectives of New Music), and have edited a book on the mid-20th Century philosopher Everett Hall, whose work I've championed for over 40 years. I've provided policy research and expert testimony to both the legislative and executive branches of Mass. government, and have been an occasional philosophy professor since 1978, when I received my doctorate from Brown University. A bunch of my papers can be downloaded from my academia.edu and philpapers pages. I've just written a book on democratic theory. In bygone days I put out several CDs of improvised and composed music and appeared on disc (including Leo Lab, Tzadik, and Ogre-Ogress) with such talents as Gary Lucas, Hugh Dickey, Mat Maneri, Gary Kendig, Eric Hipp, and Glenn Freeman. I also used to interview musicians and review recorded music and books on music for Cadence Magazine, Signal to Noise, Bagatellen, and Paris Transatlantic. A bit of my compositional and keyboard output can be heard on Spotify, Apple Music, and at youtube. 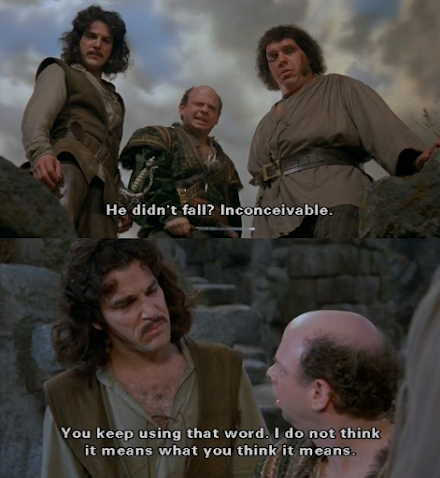 Anne Applebaum's new book is called The Twilight of Democracy, and she is quite distraught about the fading away of...well...something. It's certainly not democracy, though. She's in mourning for the diminution of the nearly worldwide power and prestige once held by her particular cohort: a group consisting mainly of wealthy, center-right, libertarian-leaning intellectuals and corporate big shots.
If democracy requires such a thing as the majority having its way, there'd be no tears shed by Applebaum if it disappeared from the face of the Earth completely. What she regrets is the (perhaps only temporary) fading away of the credentialism, corporate power, and free markets that long worked together to keep center-right parties in power and could also be depended upon to shower her and her elite batch of friends and colleagues with accolades and riches in whatever Western nation they happened to live or visit. She may be right about the deficiencies of both right- and left-wing populist movements, but to hate racism and authoritarianism does not make one a democrat.
My complete Hornbook review of Applebaum's memoir can be found here.
Posted by walto at 7:16 AM No comments: 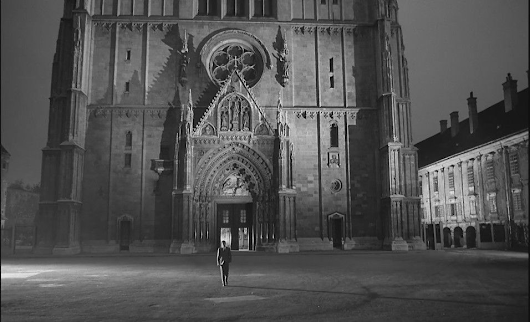 *Thus, an acceptable theory of laws, like the Kripke/Putnam theories of proper names and natural kinds, will be essentially causal.
**For a more detailed look at my attempt to provide a plausible background theory for prudential values (based on an idea put forward by mid-20th Century value theorist, Everett Hall), see my book Democratic Theory Naturalized.
***I have tried to summarize my thoughts on the essential features of authentic self-government here, but there is, again, considerably more detail in my book.

My Review of Steffen Ganghof's Beyond Presidentialism & Parliamentarism 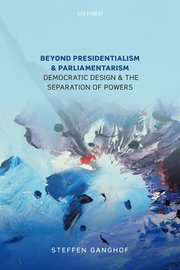 Is there a best sort of governmental arrangement? Is the U.S. system with its President and Congress better than England's Westminster system, with its Parliment and Prime Minister? Or is some other type best--perhaps a structure that's never been used?

My newest Hornbook review is of Steffen Ganghof's book on this subject. Spoiler: He endorses a system called "semi-parliamentarism." He talks  (quite acutely) about a bunch of other interesting and important stuff too, like the benefits and demerits of different sorts of electoral systems, how best to avoid authoritarianism, etc. I discuss at least some of this in my new review at 3:16 AM, which can be found here.

My Review of Robert Talisse's Sustaining Democracy: What We Owe the Other Side 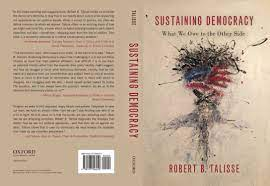 My latest Hornbook Review over at 3:16 AM is of the above-pictured book. While flawed in certain ways, I think it makes an important contribution to political psychology in our turbulent times. Talisse's diagnosis of our tendencies to polarize and his suggestions for what we can do about it both seem to me right on the money. 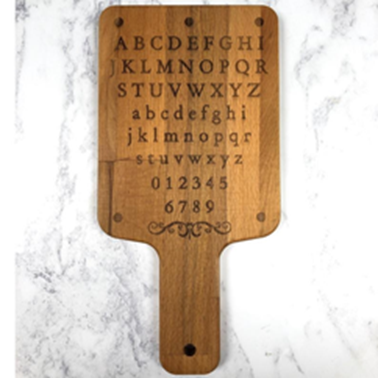 The latest two of my "hornbook" democracy reviews now up at 3:16 AM are of the "debate book" by Michael Huemer and Daniel Layman on whether political authority is an illusion here, and of Joshua Spivak's little primer on recall elections here.

The Proof is in the Polling 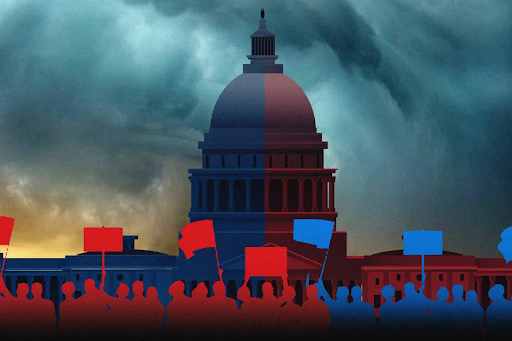 Back when the atrocities of January 6 were fresh in our minds, I wrote a piece called "Who Cares About Democracy?" in which I opined that the answer is "Almost nobody."

I have lately seen a study coming out of Yale by Matthew Graham and Milan Svolik that provides hard data to support that claim. Here are five conclusions that they draw from their excellent study, "Democracy in America? Partisanship, Polarization and the Robustness of Democracy in the United States" (American Political Science Review, 2020):
1. Americans value democracy, but not much: A candidate who considers adopting an undemocratic position can expect to be punished by losing only about 11.7% of
his overall vote share. When we restrict attention to candidate-choice scenarios with combinations of partisanship and policies that we typically see in real-world elections, this punishment drops to 3.5%.

2. Support for democracy is highly elastic: When the price of voting for a more democratic candidate is that candidate’s greater distance from the voter in terms of her preferred policies, even the most centrist voters are willing to tolerate at most a 10–15% increase in such a distance.

4. Most voters are partisans first and democrats only second: Only about 13.1% of our respondents are willing to defect from a co-partisan candidate for violating
democratic principles when the price of doing so is voting against their own party. Only independents and partisan “leaners” support more democratic candidates
enough to defeat undemocratic ones regardless of their partisan affiliation.

5. Supporters of both parties employ a partisan “double standard”: Respondents who identify as Republican are more willing to punish undemocratic behavior by Democratic Party than Republican Party candidates and vice versa. These effects are about equal among both Democrat and Republican respondents.
****
The moral is, either exalt democracy or get used to living without much more than a shred of it.
Posted by walto at 8:12 AM No comments: 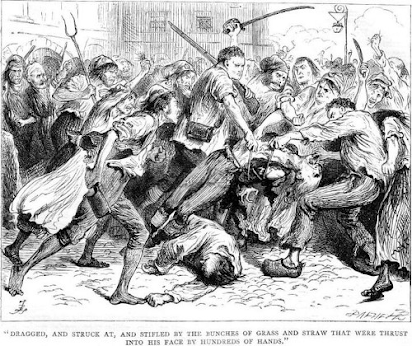 In my humble opinion, there is WAY too much talk about "the tyranny of the majority." What the majority has long been, in the U.S. anyhow, is not tyrannous but feeble. Nevertheless, there is a deep-set fear of violent hordes here, and our Constitution is befouled with a bunch of unnecessary separations of power, a bicameral legislature, an Electoral College, and assorted other enfeebling provisions. The reasons that stuff is in there, of course, and the arguments for retaining all it, center around fear: fear of a "mobocracy," fear of armed brown shirts, fear of sans-culottes, fear of Bolshevism.

Of course, all of those items are quite sensibly feared. (Think of January 6th for example!) But what is missed by the fearful defenders of our cowering Constitution is that none of those groups, events, or "isms" had very much to do with democracy, even with democracy of the most radical kind. That's what my new paper, "Why Radical Democracy is Inconsistent with 'Mob Rule'" is about.

It has just come out in the new issue of The Romanian Journal of Society and Politics and is available for free download here.